All Of This Is Circumstance 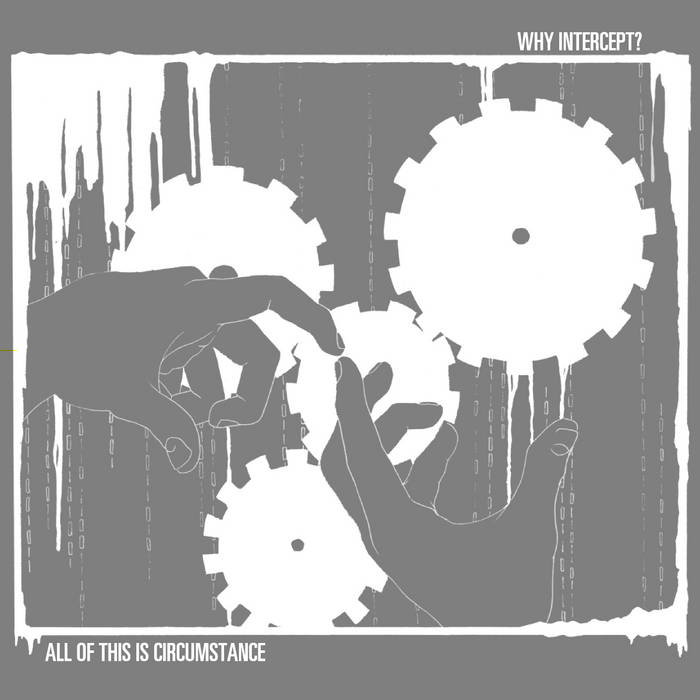 There is a strong ALKALINE TRIO / JAWBREAKER influence, which of course made me rather happy. Dark and mid-paced, WHY INTERCEPT? take a page out of that "sensitive- emo-band" instruction booklet, but honestly, it's very rockin' here and with only six songs to plow through, a perfect dose of such dour demeanor. The stand-out recording shows off some of the band's stronger suits, namely the intricate work of the drummer, and some searing bass lines. With guitars switching back and forth from clean sounding to crunchy in well-placed moments and in a compact manner overall, "All of This is Circumstance" feels strangely well developed.
-Pastepunk

When people look at the world of punk rock from a distance, they always take note of the differences between the styles of music played based on geographic location. For example, the east coast is known for hardcore while the west coast is known for pop, but the two styles have to meet in the middle somewhere...at the Why Intercept. This coordinate just happens to be Chicago, IL.
Focusing on the dynamics of a song, Why Intercept has found the perfect blend of heavy rock with their driving rhythm section, sincere vocals, and intricate guitar parts. Recorded by Matt
Allison (Alkaline Trio, The Lawrence Arms, Duvall), their debut EP on New Beat Recordings is recommended for fans of Farside, Naked Raygun, Pegboy, and The Honor System.