Time Will Make Hypocrites (And Corpses) Of Us All​.​.​. 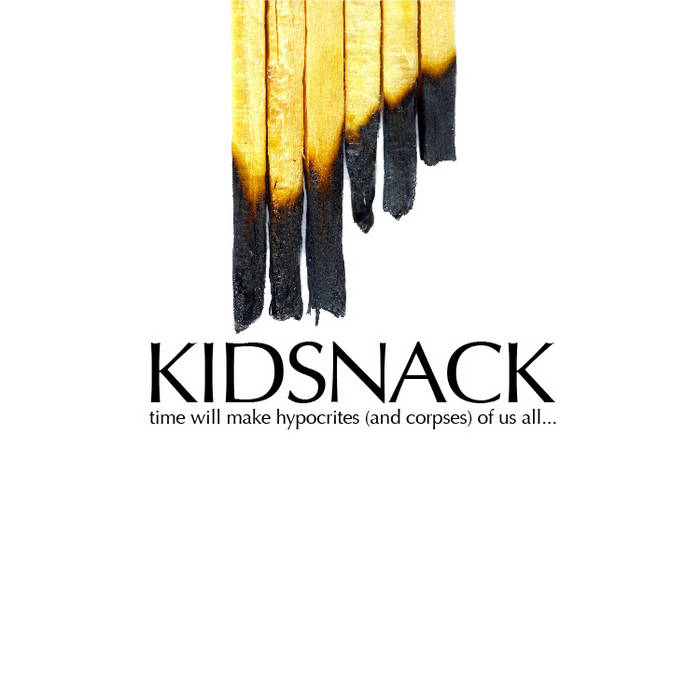 If there’s anything more tedious than the proselytizing of a reformed drunk, it’s the narrative that accompanies the retrospective collections of punk rock bands that didn’t exactly change the world with their music. On almost all of such releases, there’s some kind of lament about how Band X was good enough to have made it big—if only the moons had been aligned correctly. This is a wrongheaded narrative because A.) Band X probably wasn’t really that good, and B.) Popularity doesn’t really make music valid, now does it? Actually it’s more punk rock for a band to toil in obscurity. And with that in mind, let us proceed with the saga of Kidsnack.

Kidsnack never garnered much attention, but who cares? While the rest of the world was pretty much indifferent, we cared about our music—performing the requisite tasks of songwriting, rehearsing, touring, and recording and more-or-less having a good time in the process. We were pals who wanted to be in a band. We followed the usual “career trajectory” of punk rock in a couple of years; playing shows, driving and driving, sleeping on the floors of filthy hovels, amassing some friends around the country, releasing a few recordings, and then breaking up. Such is life.

Yes, we actually cared about our music. And listening back to these recordings after almost a decade, the tracks still mean a lot to me. Although I’m a bit embarrassed by the “woe is me” self-absorption of some of my lyrics, I must say that they were honest. But in retrospect, I’m amazed that I entertained the notion that the rest of the world gave a flying fuck about my inner turmoil. That said, many of the songs still ring true, and the playing’s pretty danged good. Heck, I sure can’t play that fast anymore!

So what you have here is our first and best-sounding (Thanks, Mass!) record, The Jimbo e.p. (1-5), an unreleased track from our first full length album, First Steps (6), and our final album that few people ever heard entitled, This Guilty Party’s Been Raging All Night (7-14). Here’s hoping you can wring some entertainment value out of listening to them.

The Kidsnack story is basically every band’s story: We rocked, we had fun, and we burned out. Thanks to all of those who helped out including Mike Felumlee (who might as well have taken the money he spent on making the First Steps album and shot it off into space in a rocket), Pezz, Mass Giorgini, The Retreads, and The Migraines, among many others. And I’d like to send out a special thanks to Rob, Greg Williams, and my brother in the rock, Greg Swift, for putting up with a miserable old geezer (myself) for two and a half years. I enjoyed it, and I hope you guys did too. Alas and alack.